Could you live with just 100 things? 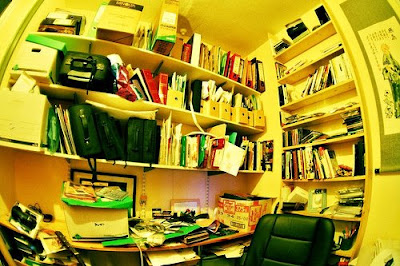 Ridiculous consumption is one of the trademarks of the western world. We have the money, and spare time to make plain stupid purchases. We believe in consumption. It has become one of the new religions of the world. Trying to keep up with the Joneses is a never ending task, as there will always be someone with something better, bigger and newer.

One of the symptoms of this culture of consumptions is overfilled houses. You do not own things, they own you. Along comes the 100 Thing Challenge, a grass-roots movement in which otherwise seemingly normal folks are pledging to whittle down their possessions to a mere 100 items.

Bruno over at guynameddave.com is far in his own 100 Thing Challenge.

I am uncluttering myself, but taking it to just 100 things seems too extreme to me. So Bruno’s efforts is inspiration not to let things pile up. An important point is to avoid purchase the stuff in the first place.

I can not set a number on the amount og things I need in order to function, but I have been digitalizing music and pictures so that most of the stuff is one thing – my computer.