A true story of extraordinary cheapness from my life 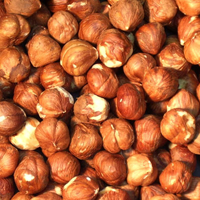 I have a dear old aunt. She has experienced Second World War and know how to be frugal. It is second nature to her.

At her latest birthday, she got a couple of boxes of chocolate.

A week later I visited her. She had a bowl of hazel nuts sitting on the kitchen table. I thought nothing of it at the time.

During my visit, we had a piece of chocolate. My aunt took one bite of the chocolate and took out the hazel nut inside and placed it in the bowl.

“I don’t like hazel nuts, but it would be a waste just to throw them out”

Realizing what she had just said, I got sick to my stomach, mainly because I had eaten from the bowl.

This post was motivated by Getting Rich Slowly who asked for cheapskate stories.