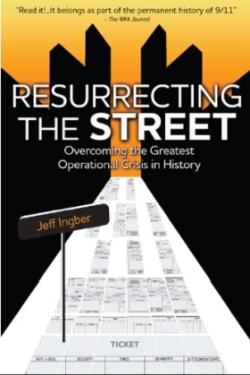 I found this book to be a fascinating case study about human nature. Oh yes, this is the story about financial instruments and a big business catastrophe, and the author tried to explain the complex mechanisms of financial instruments in details. I applaud him for efforts, but not for the end results.

I studied economy and work in IT, both of which are the core of derivatives. However, I didn’t get a lot about mechanics of doing trades of financial instruments from the book.

Even if his explanation about financial markets wasn’t fully understandable, it proved that he knows what he is talking about. “Resurrecting the Street” is definitely a book written by someone who “has been there and done that,” and it shines throughout the pages. It’s not some shallow self-help junk made by a person who decided that publishing is a good way to make some quick bucks.

Maybe I paid too little attention to mechanical aspects of the book because I was fascinated by human stories? I prefer this explanation than alternatives (I am dumb or the author couldn’t explain the issue in simple enough terms).

Anyway, the book was full of anecdotes and individual human stories that drew my attention as a magnet. Everybody was scared. Very few panicked. People were helping each other. People spontaneously organized support and provided for needs. Everybody’s relatives were worried. Stress levels were orbital, but humanity levels were surprisingly high as well.

“Resurrecting…” gave me also a close look at how government reacted to the crisis and the reactions of executives of big companies that handled billions of dollars each day. It’s not the world I have an insight into on a regular basis, so I appreciated it very much.

But, in the end, this book was about average folks who happened to work in the financial sector. Their dedication, commitment, sharp wits and strong characters ensured that the crisis didn’t spill over other parts of the economy, and this could’ve easily happened.

It’s amazing how many billions — not millions, billions! — of dollars were going through the hands of common workers in the days and weeks after 9/11.

I enjoyed also the analysis about contingency procedures, the role of redundancy, and how thinking about those issues was shaped by the attack on The World Trade Center.

The same goes for business strategies. Many companies did their homework and dispersed their workforce as a result of such post-catastrophe analysis.

Ironically, terrorists made America financially stronger by their assault.

All in all, this book was a piece of solid work, and I enjoyed it thoroughly. The author did a great job drawing the frantic atmosphere of those tragic days.

I was especially encouraged by how courage and commitment prevailed among people on all levels, from common workers to CEOs, in the time of crisis. Stress can break people, but it can also expose what’s best in them.