The beginning of September 2018 was tough. My two employees (read: my sons) went to school. My third employee (my wife) was busy with the start of a school year too. When she wasn’t busy with it, she spent time with my mother or were preparing the whole family for a trip to my hometown. My cousin was getting married.

Can you imagine? I even had to create some ads with my own hands! Awful!

The first week was especially crazy. The wedding was on the 8th of September. My younger son, the one who helps me with the ads, was available because schoolwork didn’t really start in full. But that was all the help I could count on.

The wedding was terrific, but it totally consumed the weekend. I remember writing at 9 pm after returning from the wedding.

The next week wasn’t much better. My sister and parents visited us from Monday to Thursday. I spent some time with them.

During my family stay, I trained my father and sister on updating tracking sheets for my customers and creating the ads. Ugh, it was a tougher call than I thought.

Fortunately, they are both brighter than me, so the biggest obstacle was that my father is from the pre-digital era.

Once they were back in Ireland they transferred their knowledge to my youngest sister too.

And I started spawning orders for them. First, they downloaded over 2,000 data files with tested keywords. I could now distill new high-performing keywords and create more ads based on them.

We ended up creating well over 1,000 new ads in September.

A competitive streak awakened in my wife. Once she saw that my sisters are snatching the orders from the Facebook chat I created, she also started to create more ads. She alone created over 500.

Once my dad got a hold on how to run the shop he became much more reliable with tracking sheets than my son had ever been. I finally had the data for analysis on the very next day. Also, my ads orders no longer hung in the group for days and weeks. They were processed within 2-3 days of posting them.

At the end of the month, we reached the stage where I become the bottleneck of the whole process.

As I mentioned in the previous report, I couldn’t create new ads in my US account since 10th of August. About a month later I got serious and started hammering the support with emails.

The level of KDP Support incompetency is beyond legendary. I’ve been working in IT support for over 14 years and I’ve never seen such a level of ineptitude.

You probably cannot believe this, but it happened nonetheless.

After the first week of September, I sent them a new email every 2-3 days. With a screenshot attached

They weren’t just ignorant. They didn’t care as well. I discovered a great whip that motivated them to pay more attention to my problem. It was a fine-print link at the end of the emails:

“Were you satisfied with the support provided? If no, please click here:”

Oh, I clicked, indeed! They started to answer my emails. What a success! I was showered with a lot of appreciation for my patience and compassion for my difficulties. But they didn’t solve the problem.

At last, I awoke a mythical beast:

“My name is Jenni and I’m a Customer Service Supervisor with Kindle Direct Publishing.”

I was shocked. I heard legends about such entities, but not a single one of my fellow authors have ever met one. I was so dazzled with Jenni’s unexpected appearance that I let her dull my vigilance. It was on the 23rd of September. I stop sending emails to KDP support until early October.

It was a mistake. As much as they wanted to solve my problem whipped with my negative feedback, they weren’t able to. Needless to say, I still couldn’t create new ads.

One day, I’m going to describe this case in some professional IT magazine. It will make a great story of “How to not conduct IT support in your organization.”

As I was busy with weddings, trainings, creating ads and so on, I did little progress with my business. I got one new customer and we managed to break even within more than two weeks. Not a good thing for the service based on profit-split.

I fired two other customers. One of them forced me into the deal. He was a fiction author and he begged me to try my ads with his books. I’m too soft and I agreed. The results confirmed my initial assessment- this wasn’t a good fit at all.

However, my bottom line didn’t suffer at all. We created an enormous number of new ads including hundreds of ads for paperbacks of my current customers migrated from Create Space into KDP.

I made some progress with it, but much less than I wanted to make. The first 10 days of the month were crazy, so it was good I waited for my beta-readers feedback back then. Unfortunately, the feedback was not very abundant. Only about 8 people out of 24 wrote anything to me. Bummer.

On the other hand, I always approach edition as a chore, so even incorporating this sparse feedback took me forever. At the end of the month, I was still procrastinating with adding one more feedback piece. In the last week, I added some action plan sections at the end of five chapters.

I contacted my editor, she said she will have a slot for me on the 24th of October. This news was a part of the reason I procrastinated – I had time

I did one more thing: I surveyed my list about the title and ended up with “Power up Your Self-Talk!”

I was sick of my day job. The things slowed down and I was bored there. I insisted to close the formalities of changing my half-time employment to quarter-time as soon as possible. It was done in the middle of September. I took a few days off at the end of the month to travel for my mastermind’s retreat.

This was the definite highlight of the month. The only not so good about it was 21-hour trip to the USA. I had the beginning of a cold when onboarding the first plane and it only got worse.

However, this time I got almost enough sleep, so I wasn’t hit hard. My sinus was full for my whole stay in the States, my throat was itching and my nose was runny, but that was about all. Well, and I looked funny in a scarf in sunny Nashville. 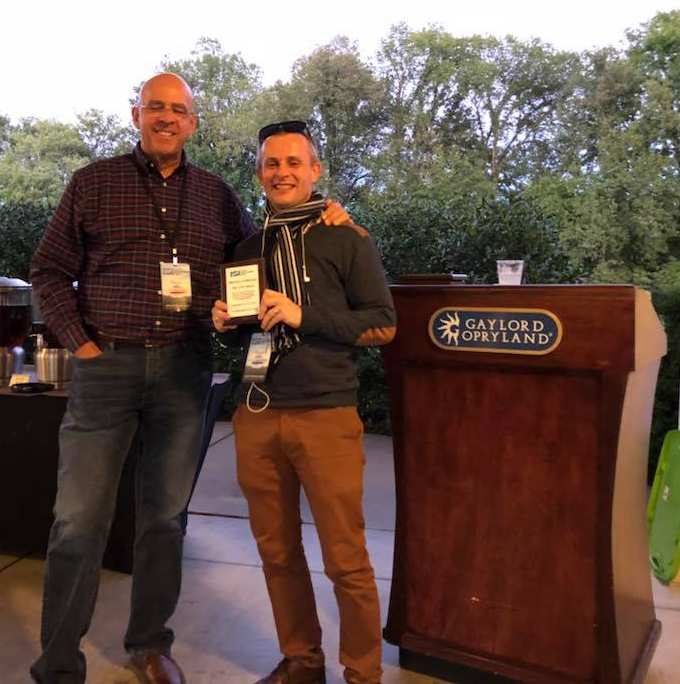 On a plane over the Atlantic, I spent three hours preparing 20 Quora answers for my proofreader. Oh, and we flew over Greenland. The view was amazing! I read hundreds of books about Arctic explorers and I always wanted to see this part of the world. 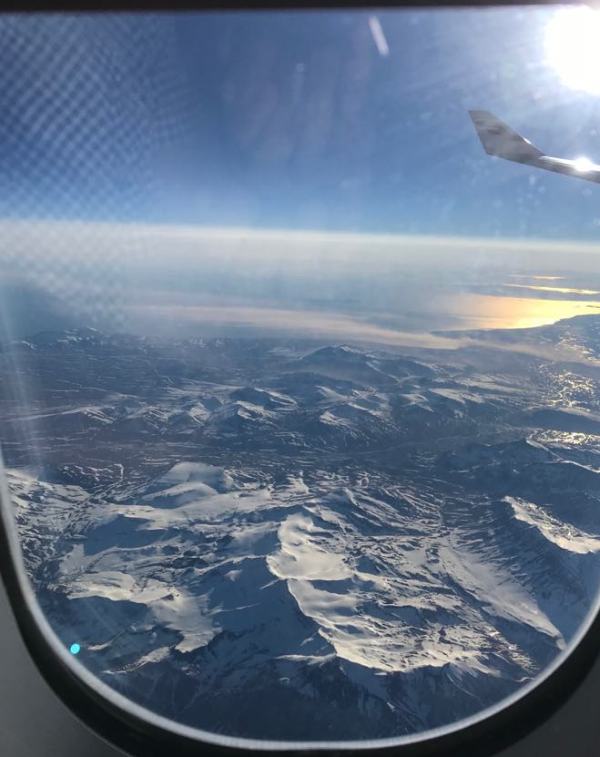 I arrived in Nashville over 10 pm and my host, David Ask took me to his place. The jet lag got me, I didn’t sleep much that night.

The next three days were full. I wrote something every day but wasn’t able to finish all of my habits. On Saturday evening I formatted and scheduled a book review on my blog. I promised my subscribers to keep to my publishing schedule and it was the end of the month. I finished about 1 am.

We had outside speakers, we had speakers from among our group, and we had plenty of group sessions. It was crazy intensive. The only spare time I can recall was about 1.5 hours in the middle of Saturday.

The retreat finished on Sunday, but I was getting back home the next day, on the 1st of October. We were back to David’s home and another of my dreams came true- I met with my friend Rebecca Patrick-Howard (and her son). We spent a few hours chatting and I was back at David’s home at 1:30 am. 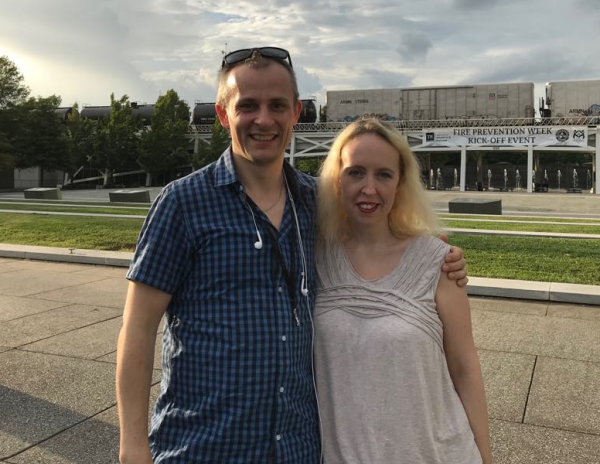 The perfect ending of the month!