I found this question on Quora.

The first moment after you’ve stopped following the herd (i.e., “once”), you are in a very bad spot. You are in a wasteland. The herd has just gone through the area, and everything is trampled and eaten. You are behind the herd, and predators are lurking, waiting for lonely and weak individuals at the herd’s outskirts. It’s scary and dangerous.

But after that first moment, when you begin to follow your own path—no longer behind the herd, but in front of it or in an entirely new direction—life becomes so much better. The whole pasture is just for you. You seldom meet predators, because they’re mostly busy watching the herd.

You’ve taken a risk, and it’s more than paid off.

I followed the traditional path. I finished a university degree and got a day job in a big company (500+ employees). I changed jobs a few times. I was earning twice the average salary in my IT job.

Despite this, money was tight: we had three kids, were starting from scratch, and couldn’t count on help from our poor parents. We were living from paycheck to paycheck.

Despite this, it was a moderately good life. . .

. . . Except that I felt miserable. I was just getting by, not thriving. I had nothing to look forward to; our future looked bleak. No chances for promotion, no chances for improving our lifestyle, constant uncertainty. Once, in 2009, I was even laid off. It wasn’t a nice experience.

In 2012, I decided to stop following the herd. I kept my day job, but I started something new and totally crazy. For the first couple of months, I didn’t even know what I was doing; I was only sure I don’t want to stay behind the herd.

Then my path crystalized: I would be a writer.

The first 15 months was a wild ride. I rebuilt my daily routine. I quit watching TV, playing computer games, and reading fiction, and I instead dedicated time to my personal development and writing. I worked 10–16 hours a day, 6 days a week. It was exhausting, but I enjoyed the process.

Sixteen months after realizing I wanted to be a writer, I published my fifth book, and it became a bestseller. I earned half of my yearly salary in one month from book royalties.

Since then, I’ve become more successful than ever: my income has doubled. I’ve made more friends. I’ve overcome my shyness. I’ve lost weight and beat hundreds of personal fitness records. I’ve published 16 books and sold over 53,000 copies. I’ve liberated my wife from her day job and downsized my day job to 10 hours a week.

And I feel more alive than ever.

“Can you be successful by following the herd?”

This question horrifies me. The ambiguous answers people give to it horrify me even more. Take a look at a few definitions to understand my terror:

Herd: a large group of animals that are kept together as livestock, such as for food.
Livestock: farm animals regarded as an asset.
Success: the accomplishment of an aim or purpose.

So, sure, you can be successful in the herd . . . if your definition of “success” is “getting slaughtered.” 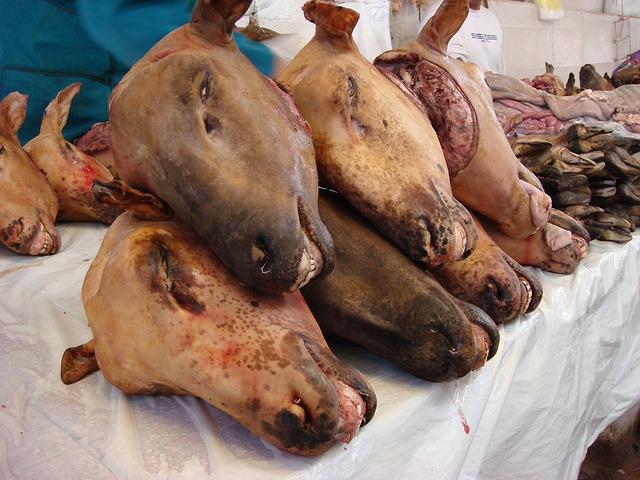 But if getting slaughtered is not your life’s purpose, GET OUT A.S.A.P.!
No matter the risk.

Yes, it’s a metaphor. Nobody is going to literally slaughter you if you stick to society’s norms. Not literally—but definitely metaphorically. Because following the herd slaughters your soul.

Want proof? Have a look at the herd’s well-being. Here are some numbers from the USA, one of the most successful (if not THE most successful) countries in the world:

Over 66% of Americans are overweight or obese.

United States adults watch an average of 4–5 hours of television per day.

About 77% of Americans won’t have adequate savings to retire at age 67.

Four out of five Americans have less than a year’s income saved for retirement.

This is the state of the herd. This is your destiny if you follow it. If being obese, wasting 25% of your waking hours in front of a TV set, and leeching off the government when you retire is your definition of success, follow the herd.

As for me, having scouted both paths…  I can promise you that NOT following the herd is 1,000 times better.