I hired a VA from Philippines. I knew from the outset she was not a perfect fit, but I decided to hire her anyway. Partly, out of laziness. I was so overwhelmed that I didn’t bother to look for another candidate. Also, I had no money. I got just a couple of referrals, and only one person followed through. My only alternative was some paid platform.

So, I didn’t really get who I wished for, but someone who I needed. My new VA had been completely clueless about my business, and I needed to train her from scratch. Hence, I created several training videos and some documentation. And we had a call every week going over new stuff and correcting the past mistakes.

Also, it opened my eyes to the challenges of the remote work, especially with someone who never had worked with me before.
In the past, I had plenty of contractors, but each of them was a master of their craft. I didn’t need to tell them how to do their job, it was enough to articulate what I needed. Now, my VA had to use the tools I was using and in the way I used them.

In January, I got a one-time client. I organized a flash sale for an author who has a vanity publisher. What’s that? A publisher who charges you for publishing your book. This client of mine got the worst deal ever- not only he paid for producing and publishing his book, but his publisher holds the rights to his book.

So, David had no control over his book- description, and so on. Luckily, Amazon gives authors some tools they can use. You can use AuthorCentral to modify your book description and Editorial Reviews.

We did just that. It was a long arduous process because David wasn’t tech-savvy at all.

Then, I organized the promotion for him. I submitted his book to about a dozen different promo sites. I spent hours doing that. His publisher had only one responsibility – to drop the price.

They dropped the ball.

They had no clue that if the Kindle is image-heavy, Amazon won’t drop the price to 99 cents. My self-esteem jumped- I knew that for years, so I was wiser than a publisher.

It was a bloody mess, and I spent more hours on that; hours, for which David was paying. God, protect the authors from such “publishers!”

And bloody Amazon, who initially refused to drop the price at 99 cents, matched it with other stores after a week! Heck! Only one promo site got on that price. And a few of my subscribers. In the end, I doubt David sold more than 30 copies, and he spent several hundred dollars on the promo sites and my fee.

The most off-putting was the arrogance of the publisher. I was on the phone with their representative. We discussed David’s situation. I also alluded that they might have been interested in doing Amazon ads. Her response:

“I don’t think so. We are so successful doing our thing that we are not interested in dedicating our resources to new venues.”

Heck! Of course they are successful! I would been successful. Give me a few grand to publish your book and I will deliver top quality and pocket one or two grand for myself. And who knows? Maybe the book will become a bestseller, so I’ll earn even more?

But their authors aren’t successful!!!

I finished another one-time project in February. I helped to publish a book of a Polish author translated into English.

It was good to have this off my plate, since the Resurrecting Books business picked up a bit. I had new prospects to tackle. And I was desperately trying to figure out an idea for optimization of my model and sell more books for my customers.

Book sales weren’t terrible, but they were far from great. I sold 637 copies. However, I got the royalties payment from December at the end of the month, and it was the best I got since July 2020. Also, I knew the January payment was going to be handsome – the highest royalties since April 2020.

Financially, I was still struggling. Actually, despite the better royalty payment, I earned about $120 less than in January, and January was poor enough. If not for the help of my mentor who stopped charging me for the mastermind for three months, starting in February, it would be terrible. Thanks to that help, I felt like things were going better.

I was invited to the Amazon hardcopy beta program. I immediately accepted, jumped into my KDP account and created the hardcopy for Change Your Life in 10 Minutes a Day bundle. Surprise, surprise, the paperback cover didn’t fit and needed to be adjusted. I asked Anthony Smits for help once again, and in a few days he figured out how to modify the paperback cover. On 22nd of February, my first ever hardcopy was published. A couple of my mastermind buddies purchased it immediately.

Amazon opened its store in Poland. I was crazy excited. This could bring the self-publishing revolution to Poland! Previously, the publishing landscape in Poland was weird. It was cost-prohibitive to publish on your own. It was hard enough to get accepted by a traditional publisher. There was a plethora of small publishing houses, but the distribution was monopolized by two-three huge entities.

Also, readership in Poland is terrible, and books are relatively expensive. From all of the above reasons, I never even tried to publish anything in Polish. Amazon could change that.

Excited about the prospects, I checked out my father’s translation of Master Your Time he did a few years ago. It was horrible.

He literally translated English idioms which made the final effect comical.

I asked Dad to go over the translation once again, this time thinking in Polish.

Soon, I discovered that eBooks weren’t available in Poland. Amazon redirected users to Amazon.com to buy a Kindle book, and you couldn’t browse them in the Polish store. I couldn’t price my paperbacks separately for the Polish market.

So, there will be no self-publishing revolution.

I stopped my father before he finished this iteration of translation. There was no sense in continuing that. I won’t publish anything in Polish till I can properly sell it in my country. It doesn’t seem it will be anytime soon. Amazon opened in Sweden in November 2020, and Kindle books are still not available there.

Lockdown was slowly alleviated in February. I was able to go to the cinema or swimming pool for the first time in over two months. The choice of movies wasn’t abundant, so we went for a niche Danish movie, “Riders of Justice.” Wow! We didn’t expect to be amazed. This is a psychological drama packaged as an action movie, an unlikely combination, but a very successful one. There was a key scene, which lasted for about two-three minutes; no music, no special effects, no plot twists. Just a couple of guys talking. You could’ve heard a pin drop in the cinema. Everybody was mesmerized.

Lent started in February, but before that was a Fat Thursday. It’s a Polish tradition to eat donuts and other sweet stuff in mass at the last Thursday before the Lent starts. My wife baked some traditional Polish sweets. 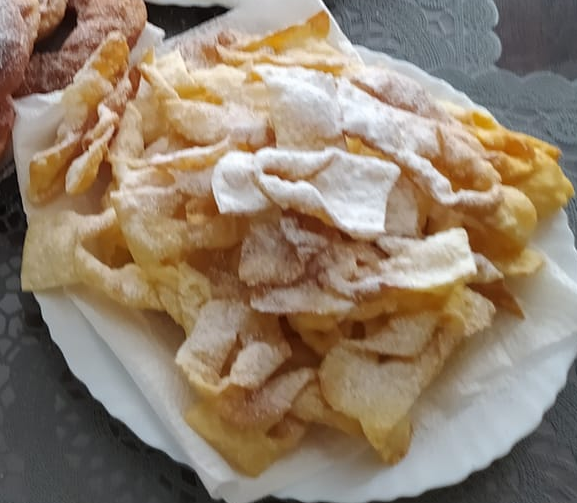 I ate a donut or two and two plates of those. I woke up in the middle of the night with an uneasy stomach. My wife noticed, asked what the fuss is about and gave me some medicine.

Did you notice I have a crazy sweet tooth? It’s been my kryptonite.

With the start of Lent, my church community started a morning breviary prayer. I drove a couple of times to a town at 6 am. It forced me to start my days earlier, which is always good for me.

February was full of hustle. I hired a VA with a thought of handing her over the new process of harvesting data from Amazon. We had search terms reports for our customers available, but then we needed to download and process them.

It didn’t pan out that way at all. At the end of the month we were nowhere near collecting the data, not to mention processing them. And processing them was only half-way to creating new campaigns based on those results.

My VA didn’t understand the process. She kept making the same mistakes. And new ones. And sometimes her mistakes were just a result of her tools and environment. I remember spending once over an hour on the video call before I discovered that her protection mechanism in Windows prevents her from saving the files on her hard drive.

I expressed my frustration during my daily accountability calls. On the last Saturday of February, Soren offered his help. We spent two hours on the call. I explained the process and he asked me more probing questions. A few hours later, he prepared a Google sheet template that would automatically aggregate the data from the search reports. It solved my VA’s troubles with processing the data and significantly shortened the time to do this. We were battling with this for about two weeks with little success, and we managed to deal with it within two days with those templates. 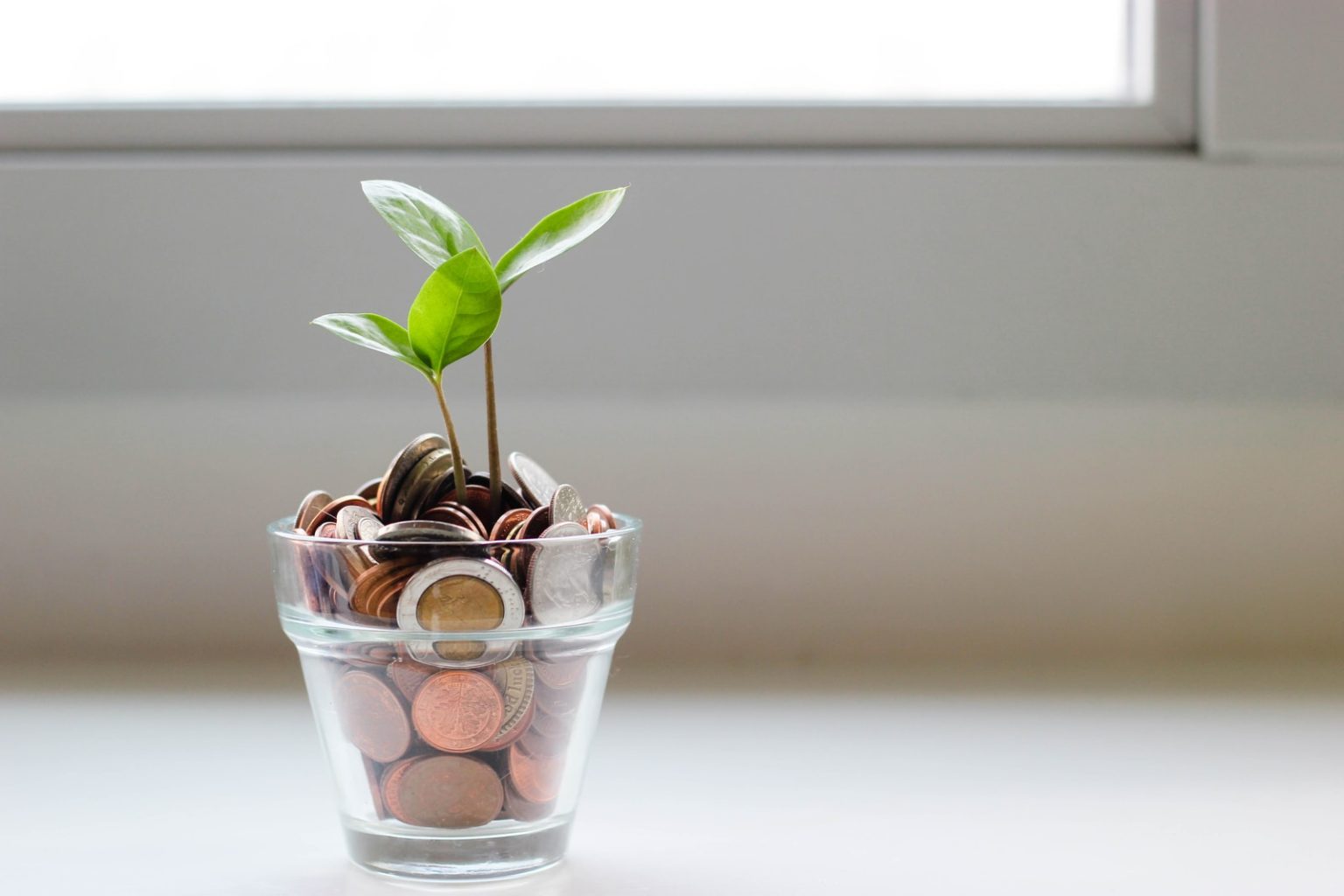