Recapitulation of My 2018 Goals 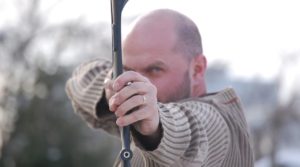 I crushed this goal. A lot of it was just pure Lord’s grace. From what I studied, there is no other way to progress in the spiritual realm than with grace’s help.

But part of it was that it was my unwavering focus for the entire year. I habitualized it. Unlike a few of other goals from the 2018 list, prayer was ingrained in my daily life.

I didn’t track this activity very diligently. Should I? Probably yes. Yet, it seems numbers are not so important in the spiritual realm. I assess my compliance with this goal to over 80%. I really cannot recall failing on saying my prayers more than once in the last month.

The one “technique” that helped me immensely in 2018 with my prayers was giving an intention to every activity. I tried to intentionally do every single thing in my days from dawn till dusk. This is both mindfulness practice and incredible help to one’s focus.

When I revamped my life in 2012 the spiritual discipline I embraced was reading a book written by a saint for 10 minutes a day. I got the idea of intentions directly from this discipline. I read in blessed Jerzy Matulewicz’s journal that he gave intention to every hour of his work. In the “Manuscript on Purgatory” there is a fragment where a soul from purgatory explains several different methods to attain sanctity. One of them is “to live as constantly as possible in the Divine Presence.”

At the end of April I attended my mastermind’s retreat in the USA. I was only a few months into this discipline. However, my host noticed: “You are praying all the time, right?”

#2 Control over My Schedule

This goal was an utter disaster, at least in my eyes. I wanted to sleep between 10 pm and 5 am. I succeeded maybe 10%.

On the other hand, there was another goal implied – that I’ll sleep enough. This actually happened. I slept 7+ hours more than 50% of the time. I got sick only once, in January, when a combination of circumstances plus sleep deprivation knocked me out.

Well, this goal was supposed to be a base for my productivity and I cannot honestly state that it was. I achieved quite a lot in 2018, but I could’ve achieved so much more if I complied with this goal.

#3 Time with My Family

I did moderately well in that regard. Whenever I was going over my journals, I couldn’t help but notice how many times I went to a cinema with my wife or kids. I attended my daughter’s singing concerts a few times, I played card games with my sons on many weekends.

I could do better, but it was still progress compared to what it was in 2017.

This is an interesting case. When I wrote this goal down I mostly had my coaching practice in mind. I did what I resolved to do, and limited the number of coaching goals to three. I revamped my profile on Coach.me. I got an influx of clients.

However, I also got a number of clients that I call ‘random.’ Those folks had unrealistic expectations. It took a lot of time to get them on board with my process, and then they didn’t do what we agreed to do. That was exasperating. Because of this, I closed my coaching for new clients in April or May.

Well, I did great work building my profile. Even though they had no obvious access to me, a few folks inquired about my services, usually via email. They demonstrated a level of determination that was encouraging, so I let them in.

I also briefly mentioned book advertising in the goal post from the beginning of 2018. Many positive things happened in this field.

The Marketing Coach, a buddy from my mastermind, helped me revamp my landing page, which allowed me to modify the process. Authors who wanted to work with me had to sign up for my email list first. Then, I could to have a look at their books before contacting them. Thus, I contacted only those I wanted to work with. And I wanted to work only with authors in whose books I saw the potential for making profits with my ads.

To all the rest, I offered a different deal, not based directly on profits, but still on performance. You can judge an author by his books. Not a single one of the authors who I deemed unfit took my offer.

I also built a team. It consists solely of my family members, but it doesn’t change the fact that I outsourced many tasks around my book advertising service.

My team downloads ad data from my customers’ accounts. They also create new ads and keep track of my customers’ results in Google sheets every day.

I created a few training videos for them, so I don’t have to train new team members on my own.

I started prospects and customers sheets, but I was hopeless in maintaining this documentation. There is still a lot to do in this area.

I haven’t published a single book I intended to publish. I did very little to move forward the next volume of Six Simple Steps to Success. Our joint-venture project with Jeannie Ingraham made a lot more progress, but we are still in the pre-production phase.

On the other hand, I released a new book that wasn’t even on my radar at the beginning of 2018. I got the idea of it at the beginning of February, played with the idea in March and April, and I wrote the book mostly in June and July. I published it on the 23rd of November, and “Power up Your Self-Talk” sold over 1,100 copies in the first month.

I almost didn’t follow up with this goal. Yes, I was interviewed a few times in 2018, but it was my initiative only a couple of times and I never created a real system for contacting podcasts hosts. In one word: a catastrophe.

If you haven’t noticed yet, I’m a poor role model when it comes to setting goals, and even worse with achieving them. It’s better to learn from someone else’s failures than from your own though. So, here are a few lessons from 2018 for you.

1. Keep your goals in front of you.

All the time. I think this is my biggest mistake with goal settings and surely the biggest one in 2018. I recalled I set some of those goals only when I visited the original 2018 goal setting post to write the report you read now.

Out of your sight, out of your mind. I should’ve consulted my goals list at least once a week. I didn’t.

Do you know that the original Greek word for priority didn’t have a plural form? It was the most important thing. Period.

Hey, I could not remember my other goals, but I was intensely focused on my goal #1 on daily basis. This is why I crushed it.

Conversely, I added podcast interviews to 2018 goals list almost on a whim. It was an afterthought and I executed on it in the afterthought fashion.

No matter if you prioritize them, no matter if you consult your goals list on regular basis. Setting goals gives you a huge advantage over not setting them.

Even a one-time exercise is better than nothing. It will leave some mark in your mind. I completely forgot my #6 goal, but when I got the opportunity to become a podcast guest, I accepted.

Goals set some subconscious intentions. I didn’t publish the books I intended to publish, but I published a book that wasn’t even in my mind when I set my goals for 2018. And it was quite a success. “Power up Your Self-Talk” had the best launch out of all of my 16 books.

When I set the #4 goal, I thought more about coaching. In reality, I highly automated my Resurrecting Books service (comparing to the previous state of things). My workload is a fraction of what it was.

I have team members who take care of various parts of the process. I need a fraction of the effort to onboard a new customer. And the results materialized. At the beginning of 2018, I had two ‘pillar customers’ generating over 50% of revenue. Now I have four such customers and about the same number of smaller customers who generate a higher percentage of revenue and higher revenue per advertised book than it was the case one year ago. The revenue upped to four figures and even crossed the $2,000 mark twice in 2018.

I still believe that if you chase specific metrics with your goals you are capping your potential. That is, if your goals are attainable. You hit the number and you are done.

The other side of the coin is setting goals which stretch you significantly. However, with those goals you usually fail and the inevitable frustration creeps in. Usually, to the point when you perpetually postpone your goal.

This happened with the book I was going to write with Jeannie. When we finally set about preparing it, it appeared we need permission from the people whose stories we wanted to use. That was a big hurdle. I contacted dozens of folks on Quora. Only part of them responded. It was too much work. Both Jeannie and I had other things to attend to.

In the end, the book was still not in the first draft phase in the middle of December.

What is more, I achieved plenty of goals I didn’t set in a formal way. Some of them I only dreamed about. Some of them just happened.

I downsized my day job to 10 hours a week. You have no idea how liberating that was. That helped me immensely in spending more time with my family. I had a quick look at my calendar and tracking marks of this goal. Between April and September, my success ratio was about 56%. In the last quarter, it was over 81%.

By the way, it is also a lesson about the law of attraction. Maybe I downsized my day job to be able to spend more time with my family? Maybe it was just a manifestation of my subconscious desire?

I didn’t aim to get a publishing deal in Korea. But I got it. “Trickle Down Mindset” will be published in Korea, probably in 2020. The advance for that book came very timely at the end of November when I finally fixed my KDP account and created over 1,000 ads for my books. My ads cost tripled and I had the means to finance this cost.

Another case: I was contacted by the editors of “The Ladders.” I didn’t plan it at all. We exchanged a few emails and now my articles are featured on their website.

You simply cannot plan your whole life, you need to leave some space for the things outside of the scope of your goals to happen.

For the first time, I’m more satisfied than frustrated by my yearly goals. That’s progress. And I drew a few lessons for the future, so hopefully, my 2019 goals will bring me even more satisfaction. 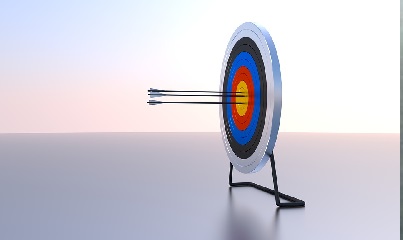 What is your experience with goal setting? How did you do in regard to your goals in 2018? See you in the comments.

The post Recapitulation of My 2018 Goals appeared first on ExpandBeyondYourself.