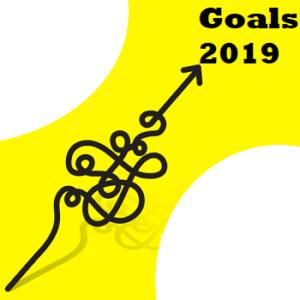 I definitely need to listen to Jim Rohn and Brian Buffini more. Those folks are so satisfied with their goals. For me, goals are a source of unrelenting misery.

My 2019 goals went better than usual, but still, I want to pull my hair out in exasperation. OK, let’s go over them.

1. Communication in My Marriage

It quickly appeared that it takes two to have a conversation. My wife wasn’t willing at all to chat for an hour with me, especially about the deep topics I’m interested in. Superficial gossip about celebrities or relatives was OK, but those aren’t topics I want to discuss.

Thanks to the advice of my Mastermind buddies, I decided to scale down my discipline to much shorter daily conversations. It didn’t go much better, yet a little better.

Maybe we both weren’t ready yet for deeper stuff? I still find myself in a state of withdrawal more often than not.

However, out of all my efforts, something else materialized—we spent more time together. In 2019, we took a five-day trip to Prague and a one-week vacation to Crete: just the two of us, no kids.

We were together in a cinema or theatre more than 20 times in 2019. We also spent some time communicating about the business, since Anna was helping me with it.

So, the progress, however painful and slow, happened. It also didn’t happen exactly the way I’d anticipated.

BTW, we had a couple of big arguments, exactly as I’d “hoped for” when setting this goal.

My initial reaction when reflecting on this goal was disappointment. Definitely, my business is not working on autopilot.

But when I zoomed in on what happened in 2019, I saw that a lot of things have gone right.

For the first time, I enlisted the help of someone outside my family. She is a sister from my church community who needed additional income.

My sons took over the monthly process of calculating results for my customers. My eldest son works as my assistant; I gave him plenty of smaller tasks I don’t want to dabble with and nobody else is willing to learn.

My sister took over creating the monthly reports and managing the orders for new ads. She can create template ads out of existing ads. Instead of spending three minutes creating an order, I just sent her a couple of sentences, indicating which customer and which books we need to work on.

The experience convinced me that automatization beats customization. I still got a few customers bypassing the normal onboarding process because they were referred via my existing customers or my mentor. Most of them weren’t a good fit, and I only lost my time trying to help them.

There are still gaping holes in my business processes—for example, checking the bids in existing campaigns or checking the results of all the customers in a regular fashion. There are still things that only I can do, like onboarding customers and explaining what exactly they need to fix on their book pages.

The progress was much better than I thought, being involved in day-to-day actions all the time. Comparing where I am now to the situation at the beginning of 2019, I almost have a real business. And despite my ambiguous feelings, the systematization and delegation worked well enough. We served 22 customers and the revenue grew by 40%.

This goal was trickier than I anticipated. In the midst of the fight, it appeared that I’m still unable to manage quarterly goals. I’m a daily guy.

The biggest benefit of implementing the 12WY process for me was managing my time in a weekly calendar. It caused multiple benefits.[link to blog post] And the need to create the plan in the first place gives me about 30 minutes every week when I have to reflect on what is to be done and how I should go about it.

I learned a few things thanks to working within the 12WY framework:

a) Accountability is overarching.

For the first three months I worked with a coach in a small group. Those were good months. Then I fell off the wagon. After that, a few guys from my Mastermind group created another small accountability group. As long as it was strong, my progress was strong.

b) My progress journal is my real accountability.

I quit posting in my online journal at the end of August. However, I kept my personal file, where I was writing the same stuff I wrote online. Unfortunately, without the external motivation to show off with my entries, I stopped keeping the journal regularly.

Even without the help of a small 12WY group, I noticed that whenever I was diligent about journaling my actions, my progress was solid. When I let myself be so overwhelmed that I didn’t journal, my performance immediately decreased.

c) A quarter is too long for me.

Since September, I’ve focused only on one month at a time with my bigger goals. It has worked well for me. I barely mastered the weekly level, and a month of planning is still a challenge for me. Once I master one month, I’ll move to longer goals.

Of course, I didn’t implement the 12WY system flawlessly! Why should I? This is the first time in my life I’ve tried it. My ability wasn’t very high. Yet, I reaped multiple benefits and learned a lot along the way.

And I finally published 99 Habit Success Stories and orchestrated a solid launch (740 copies sold in three weeks). This was my 12WY goal for December, and I did it despite the fact that I took a week off three days after launching the book.

The 12-Week Year will remain a part of my overall work process.

I got a whole bunch of new customers, and the best ones were those who were referred to me by my friends. Well, I got one via my own actions: I reached out to him in a truly Big Potential way, out of the blue. After one call he ended up as my customer. Then, he referred a couple more guys to me. I make about $700 per month with those three customers.

I took part in a few book promotions and giveaways. A few of them were organized by my former customer Som Bathla. I sold hundreds of my books and got well over 2,000 new subscribers thanks to those events.

During my retreat in Nashville, I met with my friend Rebecca Patrick-Howard and my mentor Dave Chesson. And, of course, I attended two Mastermind retreats in the USA and met my Mastermind buddies there. 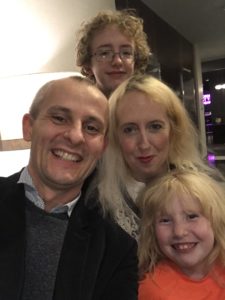 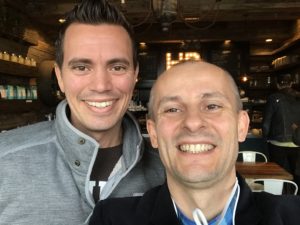 I booked six interviews via a podcast booking agency. I was also approached a few times directly by hosts and gave interviews on their podcasts.

I adopted a new habit, writing thank-you notes, after listening to Brian Buffini’s preaching about this. I doubt I would’ve adopted it if not for the pursuit of Big Potential. I gave more than a dozen notes to my family members during our Christmas get-together and to my Mastermind buddies at the retreat.

A company working for Bellevue University found my book and offered me a deal. I gave them the right to give away 1,000 copies of my book about personal mission statements, and I will give a webinar to their clients. It’s unreal! They paid me to sell my book and spread my message!

My co-author, Jeannie Ingraham, started a publishing company. We bartered services. Her team is proofreading my stuff, and I am doing ads for their books. And we published 99 Habit Success Stories this year. 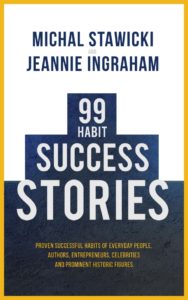 The whole book launch is one big example of cooperation. The book sold over 600 copies in 2019, and I credit no more than 100 copies to my efforts. The rest was thanks to my author friends who shared my book with their audience, and thanks to contributors to the book who spread the message.

The results were surprisingly good for such a vague goal. Well, after so many years of following un-SMART goals, it is not such a surprise to me.

I’m still not satisfied with the effort I put in, but those results further opened my eyes to the power of Big Potential. I’ll try to double my efforts in 2020.

Despite the vagueness of my goals, I’m quite satisfied with my progress in 2019. Like almost always, I didn’t really reach my goals. However, I could put a finger on some areas of progress in the case of each of them.

My marital goal has gone the worst. Or maybe I’m just the most critical about it because I care about it the most?

The Big Potential is actually big. Despite the relatively tiny effort put into it, the benefits exceeded my expectations.

The post The Recap of My 2019 Goals appeared first on ExpandBeyondYourself.

Here goes the summary of my goals from 2018. Apart from going over them, I’ll share a few profound lessons I learned from the analysis…

Make friends with pen and paper, it’s worth it I get a feeling that writing is a universal key to our subconscious mind. My experience…